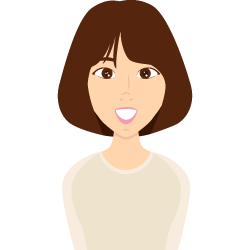 3 Things You Should Know About Dental Implants
24 January 2023

Dental crowns have a long average lifespan. The ty …

A dental implant is a more permanent solution to t …

If you have weak or damaged teeth, one of the best …

For individuals that suffer from alignment issues …

Wisdom teeth often present a painful dental inconvenience, but they once played an important role in the lives of ancient humans. Now that the majority of people have outgrown their need for these teeth, an amazing phenomenon is occurring: wisdom teeth are disappearing altogether. Here is a look into the past, and potential future, of human wisdom teeth.

What Are Wisdom Teeth?

Human adults have 32 teeth, four of which are third molars. These third molars are more commonly referred to as "wisdom teeth" because they do not emerge in a person's mouth until between the ages of 17 and 25--about the same time that the adult brain matures. Many people choose to have their wisdom teeth removed because they frequently become impacted, painful, and detrimental to surrounding bone and tissue. As a matter of fact, the American Association of Oral and Maxillofacial Surgeons even suggests that up to 85% of adults are unable to keep their wisdom teeth from causing problems, even much later in life.

So, why do these third molars exist, and if they cause so many issues, why are they called "wisdom teeth"?

Why Do People Have Wisdom Teeth?

Anthropologists believe that early humans needed third molars to work through harder, rougher foods that comprised these diets of old. Furthermore, they lacked silverware to do some of the heavy tearing. Third molars are unnecessary for most humans' diets and lifestyles, and because the size and shape of the jawbone has also decreased in size, these teeth are not only useless, but even troublesome. For most people, these teeth simply cannot fit into the smaller mouth.

Wisdom teeth are not the only human body parts that are no longer useful. A person no longer needs an appendix, which once aided in digestion, but the body still has it. Like wisdom teeth, the appendix can also cause severe health problems.

Unlike the appendix, however, it seems that wisdom teeth are actually disappearing from the human genome. Currently, about 35% of people never develop wisdom teeth at all. This is quite possibly a sign of modern day human evolution at work.

At its most basic, "evolution" is the gradual mutation or recombination of genes, which over time, helps organisms adapt to their environments. So, early humans probably developed the third molar gene so that they could more easily thrive in their environments.

Today, scientists have identified a certain mutation that is present in people lacking wisdom teeth. For some people, like Eskimo women, this gene is absent; these women have more use for, and jaw structure allowing, development of wisdom teeth. On the other hand, people in regions like Europe and Asia possess this mutation; conveniently, they are less likely to use these teeth, and they generally have smaller mouths.